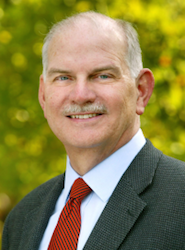 The ubiquity of technologies such as wireless communications and on-line data repositories has created new challenges in information security and privacy. Information theory provides fundamental limits that can guide the development of methods for addressing these challenges. This talk will review two areas to which these ideas have been applied: wireless physical layer security, which examines the ability of the radio channel to provide secrecy in data transmission; and utility-privacy tradeoffs of data sources, which quantify the safety of confidential information contained in such sources while still providing a measurable benefit to legitimate information consumers. Some recent results and applications will also be discussed.

H. Vincent Poor is the Michael Henry Strater University Professor at Princeton University, where he is also the dean of the School of Engineering and Applied Science. His research interests are in wireless communications and related fields such as social networks and smart grid. An IEEE Fellow, Dr. Poor is a member of the National Academy of Engineering and the National Academy of Sciences, and a foreign member of the Royal Society. He received the ComSoc’s Marconi and Armstrong Awards in 2007 and 2009, respectively. Recent recognition of his work includes the 2014 URSI Booker Gold Medal, and honorary doctorates from several universities. 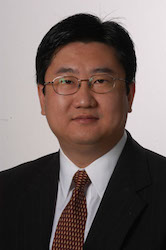 The industry has been looking for a trustworthy mobile platform as smart phones and tablets are increasingly a part of people's daily life. I was fortunate to join the Samsung KNOX team and lead the R&D engineers to build the Samsung KNOX platform for mobile devices.  As one of the most trusted mobile platforms today, Samsung KNOX has won a number of recognitions for its security features, such as US DoD STIG, Common Criteria MDFPP certification, and UK Government CESG EUD Guidance. In this talk, we will present some key KNOX features, including SE Android, application container, data-at-rest protection, and TIMA features such as trusted boot, remote attestation, key store, Client Certificate Manager (CCM), and real-time kernel protection.

Peng is currently on leave from North Carolina State University, where he is Professor in the Department of Computer Science in College of Engineering. He joined NC State University in August 2001 after he graduated from George Mason University with a PhD degree in Information Technology. Peng Ning received a BS degree in Information Science and an ME degree in Communication and Electronic System in 1994 and 1997, respectively, both from University of Science and Technology of China. Peng is a recipient of NSF CAREER award. His research has been supported by the National Science Foundation (NSF), the Army Research Office (ARO), the Advanced Research and Development Activity (ARDA), IBM Open Collaboration Research (OCR) program, SRI International, and the NCSU/Duke Center for Advanced Computing and Communication (CACC). He was elected the Secretary/Treasurer of the ACM Special Interest Group on Security, Auditing and Control (SIGSAC) in 2009. He served/or is serving on the editorial boards of IEEE Transactions on Dependable and Secure Computing, ACM Transactions on Sensor Networks, Journal of Computer Security, Ad-Hoc Networks, Ad-Hoc & Sensor Networks: an International Journal, International Journal of Security and Networks, and IET Proceedings Information Security. Peng Ning served as the Program Chairs or Co-Chairs of NDSS'13, ESORICS'09, ACM SASN'05 and ICICS'06, the General Chair of ACM CCS'07 and CCS'08, and Program Vice Chair for ICDCS'09 & '10--Security and Privacy Track. He was a Steering Committee member of ACM CCS and a founding Steering Committee member of ACM WiSec. He has served on the organizing committees or program committees for over fifty technical conferences or workshops related to computer and network security. Peng Ning is a senior member of the ACM, the ACM SIGSAC, and a member of the IEEE and the IEEE Computer Society. 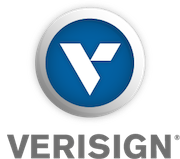